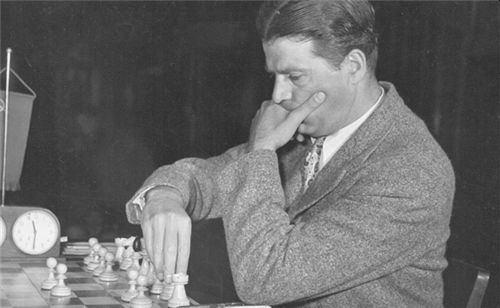 May 5 is the birthday of Andor (Andre) Lilienthal who lived a very long and eventful life. He was one of the 27 original grandmasters awarded the title by FIDE in 1950.

His mother was a singer and father a racer, so the family traveled a lot. The future grandmaster was born in 1911 in Moscow, then the Russian Empire. In 1913, his mother with kids Andor and Margaret returned to Hungary. The family lived very poorly and Andor got used to working from the very childhood. At the age of 15, Andor left school to get a profession of a tailor but did not find a permanent job.

At 16, he went into chess. Just three years later Andor scored 9 out of 12 in the international tournament in Czech Stubnianske Teplice (1930), ahead of Pirc and Flohr. His chess university was a famous Paris Café de la Regence in Rue de Rivoli where playing for money was normal practice. “Alekhine also was a customer of that café,” – recalled Andor. “One day they told him about me. They said that there was a boy who perfectly played simple games. He offered me to play four games, of course with no stake. To spectators’ surprise, he only managed to defeat me in the 4th game, whereas the three first games were won by me. Alekhine demanded revenge but I refused flatly: “I want to save this result for the rest of my life”, I said. Though Alekhine was a nervous and quick-tempered person, this time he saw my point and burst out laughing.” 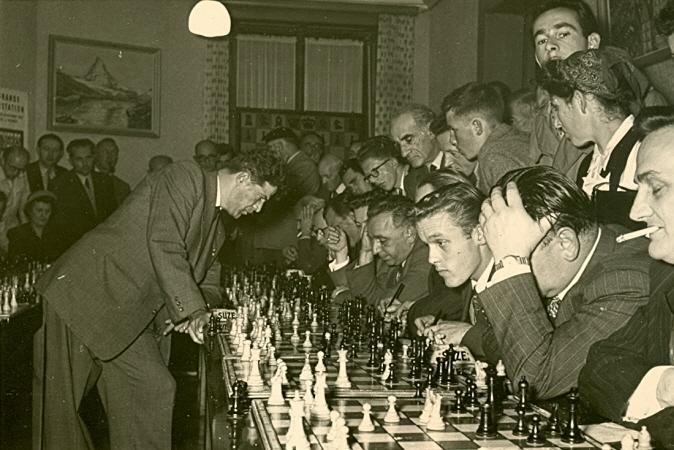 Soon Lilienthal stood neck and neck with Alekhine, sharing the first place in the prestigious Hastings tournament in 1933. A year later, he won the Ujpest tournament ahead of Pirc, Flohr, Gruenfeld, and other top players of that time. In Hastings 1935, Lilienthal shared 5-6 places with Botvinnik, but the tournament will be remembered for his sensational victory over Capablanca in just 26 moves with a queen sacrifice. 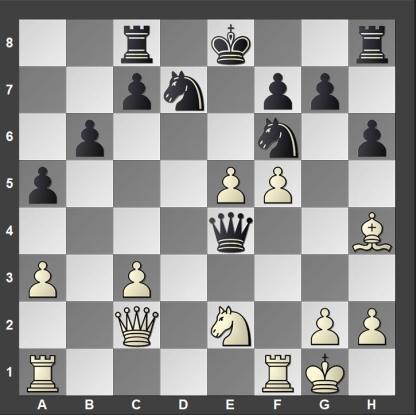 “The motif of the queen sacrifice is to exploit the poor position of the enemy king and Black’s lag in development. A decisive factor in the attack is the opening of the e-file. In contrast to many similar sacrifices, the black king receives its first check only four moves later,” – Lilienthal.

With a deadly threat Rae1+. 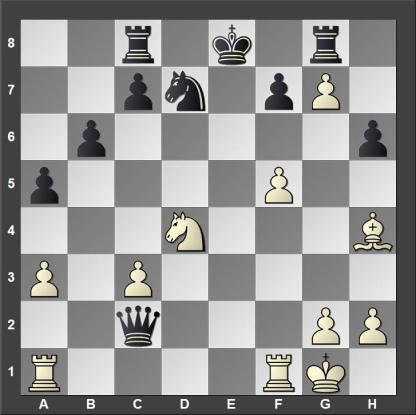 “Without waiting for my reply, Capablanca smiled and held out his hand, congratulating me on my win. I couldn’t conceal that I was happy,” – Lilienthal.

Just a handful of players scored well against Capablanca. Along with Spielmann, with whom Lilienthal shares the birthday, Andor held his own; only Keres had a positive score against the Cuban world champion. During his career, Lilienthal played with almost all world chess champions and defeated Lasker, Capablanca, Alekhine, Euwe, Botvinnik, Smyslov, women’s world champion Vera Menchik.

In the 1930s, Lilienthal played in three Chess Olympiads for the Hungarian team, with the total score amounting to an impressive 75.51%. In 1935, during the tournament in Moscow, Andor fell in love with a lady who came to watch the competition; he decided to stay in the Soviet Union. Evgeniya became his wife and in 1939 Lilienthal got Soviet citizenship. After her death, he married two more times connecting his life with Lyudmila (1976) and Olga (1987). 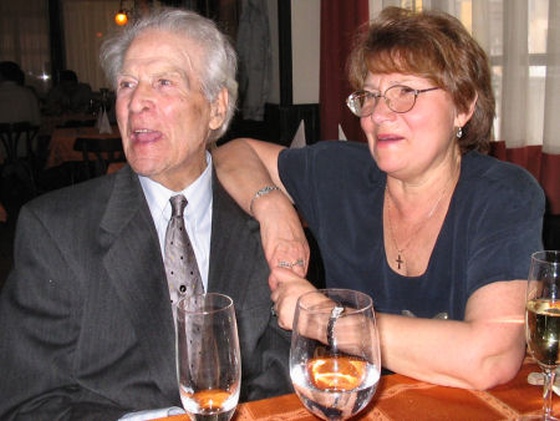 Lilienthal’s major results came during the Soviet period of his life. In 1940, Andor won the Moscow Championship and tied for first in the USSR Championship ahead of Smyslov, Keres, Boleslavsky, and Botvinnik. In that event Lilienthal won a great game against Mikhail Botvinnik, proving that when it comes to positional play, he’s in his element too. 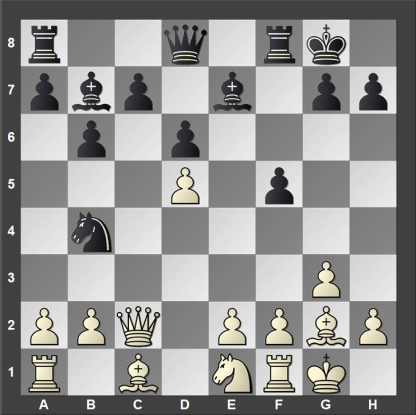 14.Qd2!
This “unnatural” move was obviously underestimated by Botvinnik.

14…a5
According to Botvinnik, it was necessary to go for 14…c5, although after 15.dxc6 Nxc616.Nd3 Black’s position remains difficult. 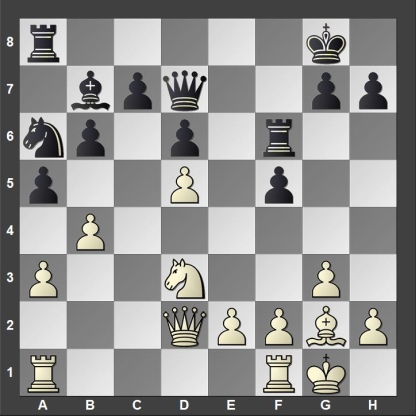 20.Rac1 Qf7 21.Nf4. The knight took the dominating position. The weaknesses on c7 and e6 squares cannot be protected well and Black’s position is strategically lost. 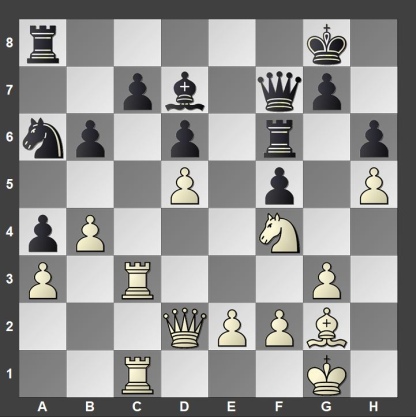 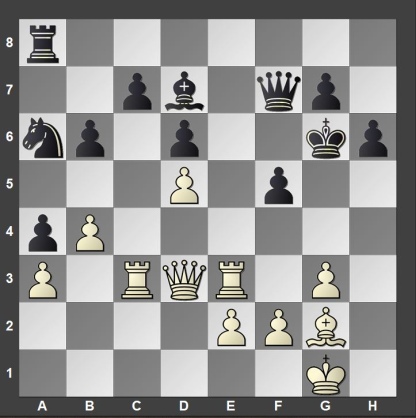 After the championship, Lilienthal, according to Botvinnik, “received the plaudits of all. His style of play was unique. As a rule, modest play at the start of the game, but then he would find his original plans for the middlegame, where he would create more problems for his opponent. I ‘suffered’ all of that myself. I saved myself more than once, but I also had to endure two heavy losses – in Moscow 1940, and 1941.”

In 1950, Lilienthal played his only Candidates Tournament. The competition in Budapest was won Bronstein and Boleslavsky, Lilienthal finished 8th. His playing prime was behind and he turned to coaching, helping Tigran Petrosian from 1951 until 1960 and being second to his good friend Vasily Smyslov in his world championship matches against Botvinnik.

“As a chessplayer, Andre stands out for his amazing intuition and feeling for the position. He is equally dangerous in positional play, as he is in the combinative. His victories over Capablanca and Botvinnik make a deep artistic impression.” Smyslov said. 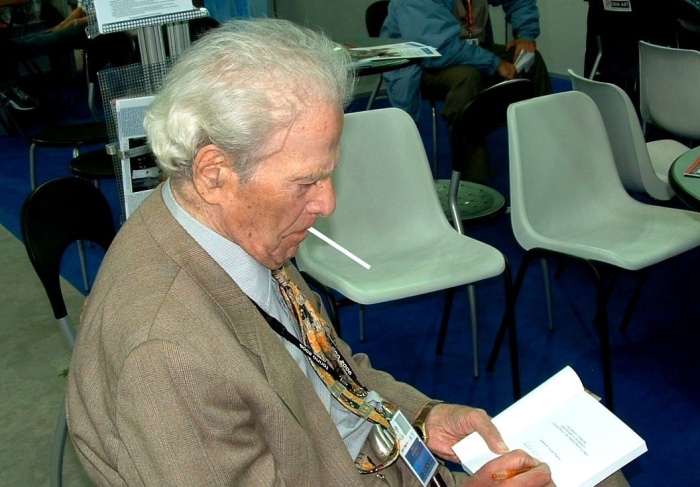 In 1976, at the request of his mother, Andor returned to Budapest and lived there since. Almost all chess kings of the XX century visited his apartment in the Hungarian capital, but Bobby Fischer was the only one who lived there for a month. It happened when he was hiding from the US authorities after the 1992 match with Spassky in Yugoslavia. “He could eat half a pot of Olga’s borsch and loved caviar,” – recalled Andor in one of the interviews. They were friends. The flighty American genius approved only three chess players who could carry his coffin at the funeral: Andor Lilienthal, Lajos Portisch, and Boris Spassky.

Lilienthal remained actively involved in chess into his ninth decade. He died in 2010 at the age of 99. The oldest living GM Yuri Averbakh (98 at the moment), is Lilienthal’s disciple in this regard; we wish him to beat his predecessor’s record of chess longevity!

Isle of Man to host the FIDE Grand Swiss Tournament