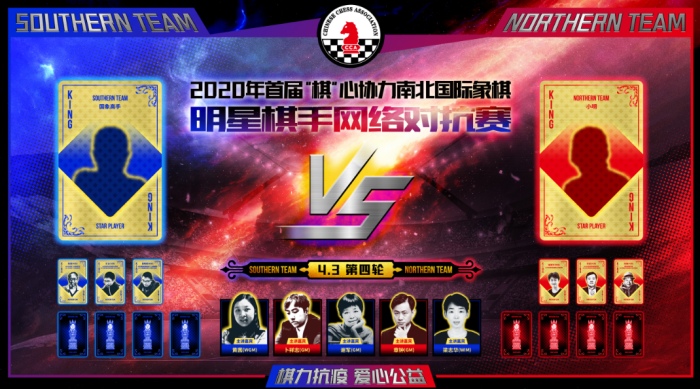 On March 30 – April 10, the Chinese Chess Association organized an online North vs South match that was live on CCTV5, the main sports broadcaster in China. The show reached 2 million views.

The gimmick of the show was that the players were hidden under nicknames and neither audience nor commentators knew who was playing the game. The coaches of each team chose their players without knowing who the opponent would be.

The Chinese chess community called this tournament a mystery TV series, as in each “episode”(round) spectators and commentators could guess the real identities of the players by their silhouette photos. The players were revealed after the games were over and proceeded to a flash interview where they shared their emotions and told stories from their chess careers.