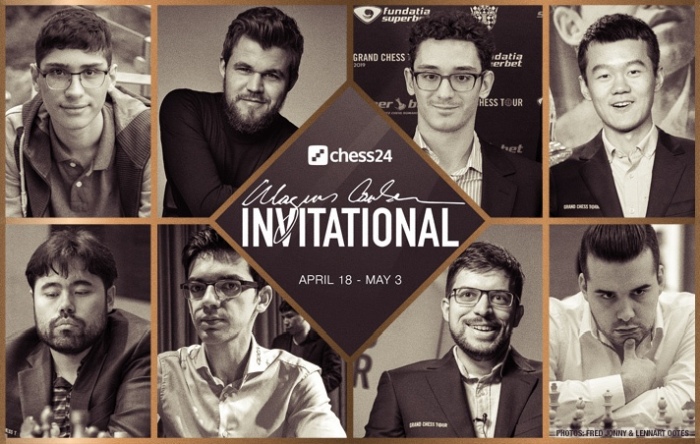 While the global spread of COVID-19 is preventing offline sports events from happening, Magnus Carlsen decided to organize an 8-player online event with a whopping prize fund of $250,000. The winner of the tournament is guaranteed $70,000.

The world champion has turned to the online chess world a while ago, first organizing Play Magnus company after obtaining the world championship title in 2013. Recently, he has significantly extended his presence in the game’s online sector when “Play Magnus” merged with popular Internet portal chess24 in the spring of 2019, followed by buying Chessable and extending the range of services of all the companies in the group.

The online super tournament that was announced on April 2, sees the world champion challenge seven of his biggest rivals to a 2-week battle. The event featuring Magnus Carlsen, Fabiano Caruana, Ding Liren, Ian Nepomniachtchi, Maxime Vachier-Lagrave, Anish Giri, Hikaru Nakamura, and Alireza Firouzja will be streamed on Chess24 with commentary in 9 languages.

The $250,000 tournament will be running from April 18th to May 3rd with the following format:

Isle of Man to host the FIDE Grand Swiss Tournament