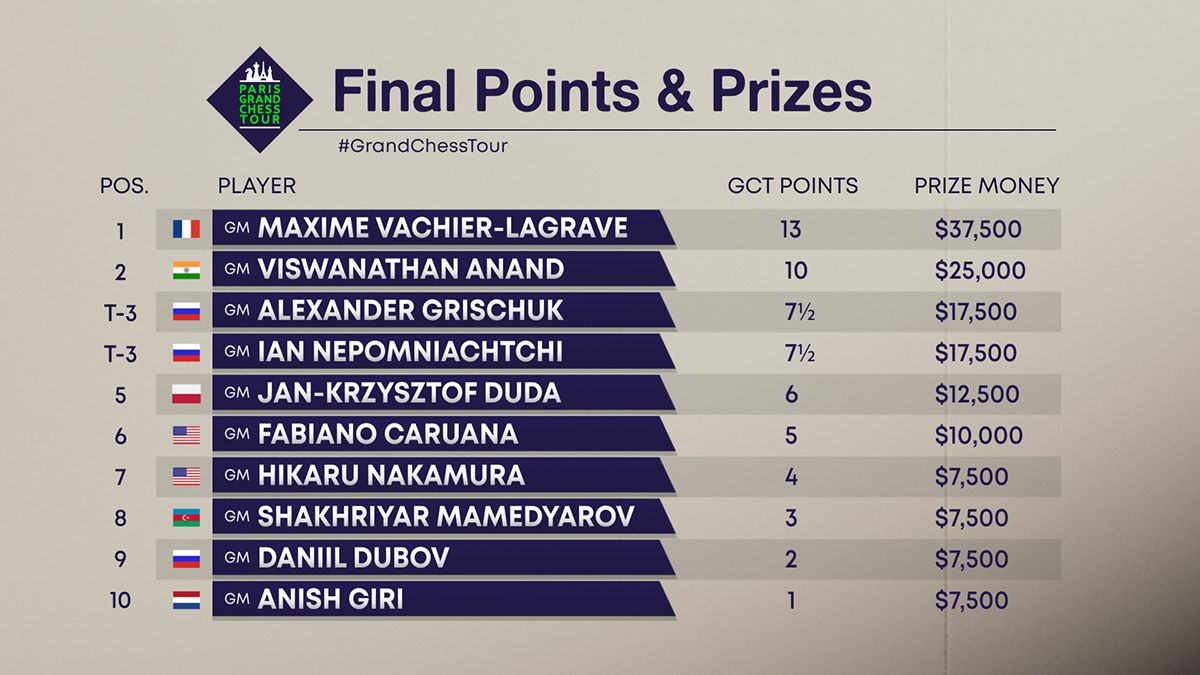 Vachier-Lagrave moved up to second place in the overall Grand Chess Tour standings, behind Magnus Carlsen and Wesley So. Note that four players will qualify for the finals in December in London.